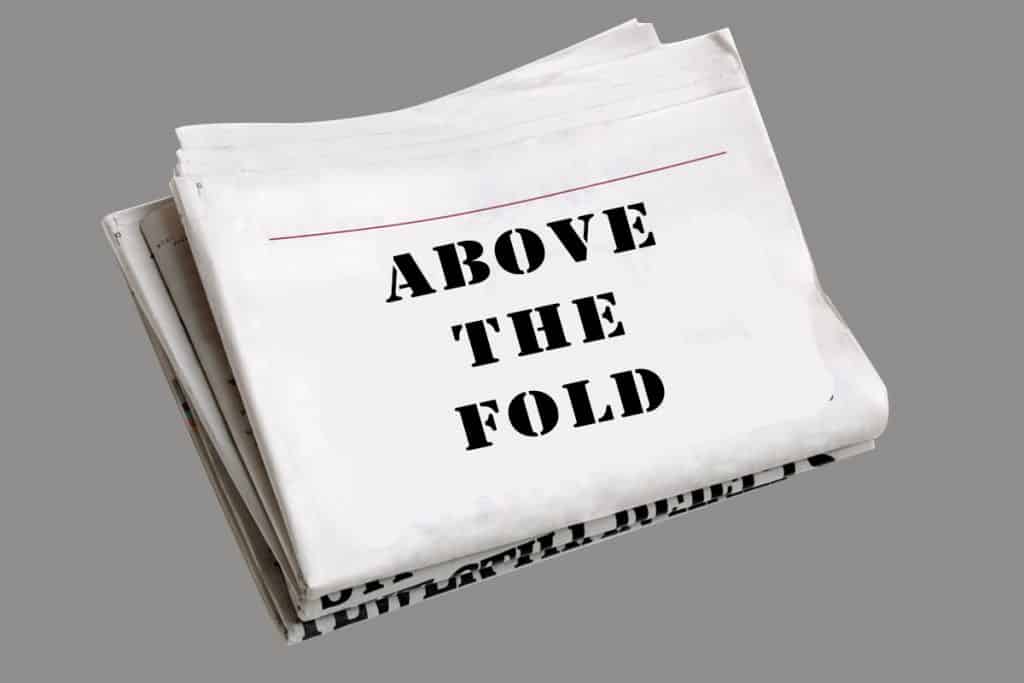 What is Above the Fold?

Back when Newspaper was the only medium to get hold of world’s news and affairs, the top visible half of the newspaper’s front page was called Above the Fold. We are talking about the early days of publishing when the internet had no existence. Newspapers were displayed on a newsstand and the headlines and top news on the first fold used to attract the readers. Based on the first fold, they used to buy the newspaper. Since the first fold was the visible part, rich imagery and captivating headlines were used on the fold to get the traction. It was the only and the most vital way to convince users to buy the newspapers.

With the emergence of the internet back in 1990, most of the publishers turned their way to the internet and uplifted their business online. Everything was changed, people were more inclining to the digital media than the printing media. But one thing remained the same: Above the Fold. Nowadays, the term no longer denotes the top half of the newspaper; rather they mean the website’s visible part when opened. The bottom of a browser window or approximately 600 pixels from the top of a webpage can be called the state-of-the-art Above the Fold.

Importance of Above the Fold

Above the Fold was, is, and will always be crucial for conversion and sales. Back then, it was the technique to grab the users’ eyeballs to buy a newspaper by showing the top fold of the newspapers’ front page. And even now, a website’s top half of the landing page is similarly critical to encourage the visitors to stay on your website. Thus, content layout and placement become tremendously valuable when it comes to Above the Fold. It is the primary segment of your website which gathers the first impression.

Considering its high visibility and conversion ability, the contents placed on Above the Fold should be focused on capturing the visitors’ attention most effectively and achieving the business goals. When something accounts for the first impression of your site, it seamlessly becomes important. The content placed on Above the Fold should always be intimidating, serve the purpose of the website, and deliver the information to the visitors that they require.

The content of the fold should be intimidating enough to hold the visitors until they make any desired action. The contents should also lead to the contents they may wish to explore. If you can successfully present them everything they want in Above the Fold, they won’t bounce back and visit your competitor’s website.

How Can I Measure Above the Fold?

Well, we have to say that it’s not possible to come to a single conclusion or measurement when it comes to Above the Fold. There’s no definite fold placement in a website.

The reason for this uncertainty is there are various monitor sizes of desktops and laptops. So, Above the Fold differs from one screen size to the other. The screen resolution, browser plugins, and phone’s and tablet’s screen size’s diversity also make it impossible to tell one perfect measurement of Above the Fold.

If you still need one figure to start creating your website’s Above the Fold, there’s one measurement that can be considered as the fundament. Most of the web designers agree that the fold line can be crafted with approximately 1000 pixels on the width and 600 pixels on height.

Designers have come up with this particular size for Above the Folder considering the general monitor/browser combination of 1024×786 pixels for most of the computers when the browser window is maximized without any installed toolbars at the top (which generally push the contents down).

While the mentioned dimension of 1024×786 pixels is the most common, there are new dimensions arising at a great pace. Dimensions such as 360×640 pixels and 320×568 pixels should also be considered. Your website’s analytics can provide you the knowledge of the mostly used dimension among your regular visitors and target audience.

Even before 6-7 years, mobiles were not given much importance when it revolved around the internet and website. Basically, websites used to be a desktop thing back then. But the internet has gone through several changes and mobiles have claimed for the similar importance just like the desktops and laptops. While the emergence of mobile usage has made the reach amplified for a website owner, it also has turned several processes complicated. Web design optimization for Above the Fold is one of the factors that may face complications from mobiles!

The large array of different screen sizes of mobiles becomes the reason for the hassle of a web designer. On top of that, we browse everything on our mobiles in portrait mode (until you rotate the screen) rather than the landscape mode. So, all your website design goes upside down when mobiles come into the scenario.

Billions of people are browsing the internet from thousands of different mobiles with different screen sizes, resolutions, and dimensions. So, it becomes literally impossible to assume the size of Above the Fold for each device present in the globe. This is the very reason why web designing experts have come up with the responsive web design which makes a website fit for every device regardless of the size and resolution. Nowadays, flexible layouts, images, and CSS (Cascading Style Sheets) are being used to make a website responsive to all the possible screen sizes. Responsive websites or web pages reacts or responds to every environment they are browsed.

While the important contents should be placed as higher as possible on a web page, it often becomes impossible with the varying screen sizes of mobiles. So, the only solution that pops up is designing the web pages in a way that the pages indicate and induce the users to scroll down to explore the contents vital for them.

Despite the fact that placing ads on Above the Fold is considered to be a good practice to maximize and augment their visibility, overflowing the top fold with tons of advertisements will always bring negative consequences to your website.

Even Google has already released and revised their algorithm updates regarding placing ads Above the Fold. Websites which are forcing loads of ads Above the Fold to make revenue have been getting penalized by Google itself. Since Google is prioritizing the user experience for quite a long time, they never appreciate the tendency to keep ads above the fold and push the informative and useful contents below the fold. So, if you are thinking of placing all the ads above the fold and earning revenue, be alert! Your website will drown in the race of SEO and ranking and it may even be penalized by Google.

Before placing ads, consult with a proficient conversion optimization company such as Intlum who have been around the industry and serving the clients with similar solutions successfully. Since ad visibility optimization needs a sheer balance, and only the professionals can offer you the best balance between ads and contents on Above the Fold.

The content and ad placement optimization may sound too easy but actually, creating a sheer balance between these two on Above the Fold of your website will take a lot of effort, proficiency, expertise, and know-how. It is one of the most repetitive processes which requires data analysis, testing and experimentation.

If you’re confused where to start with your page layout optimization, a good starting point can be eyeing on the analytics program to uncover your website users’ demographics (browser, screen size, location, device type, etc.) and the user behavior (Bounce rate, scroll depth, engagement rate, etc.). With this analytics by your side, you can actually understand how your website users are interacting with your site.

After the initial audit, you can actually start the optimization. The most effective way is to generate a hypothesis. You can apply every idea you come up with regarding your ad and content placement. In order to decide which one is the best of all, you can run an A/B Testing where the users will share their opinion about the placement. Pick the one that performs the best and experience the result by applying it on your live site. Once you have a concrete result, you can implement it on your website’s Above the Fold.

Contact Intlum Technology for Effective Above the Fold Designs

Explore a whole new world full of conversion with us. We have been around this industry for more than 10 years and we know how to make a website sell. We have been appreciated for our idea and implementation. Also, Intlum has worked on various website’s Above the Fold part to make it intuitive. So, give us a call or leave us a message of your requirements so that we can help you. 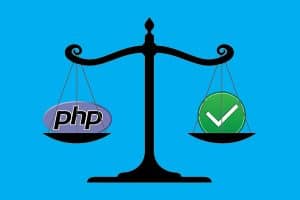 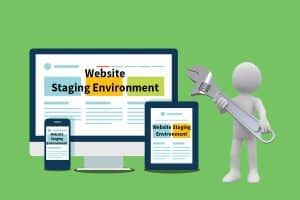 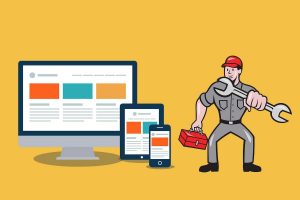 What is Content Management System? – Everything You Need to Know about CMS